Athens Taxis is very close to the European average fare

It is considered a luxury affair to go from the airport to the center of many European cities by taxi, with our country sitting at a satisfactory level. There are, in fact, cities, where the cost between airport and city center is 100 euro, even exceeding the cost of the plane ticket. This amount corresponds to the relative route of London (Stansted, Luton, Gatwick) and Milan (Bergamo, Malpensa) airports, which is 10 times higher than this of the corresponding routes to cities such as Bucharest and Warsaw. The average fare from the airport to the city center is 40 euros and Athens is very close to the European average fare. In particular, the taxi ride from Athens International Airport “El. Venizelos” to Syntagma costs 38 euros and the distance is 34 kilometers.

Among the 50 cities taken into consideration in the survey of the travel website AirMundo, Athens occupies the 18th place, with the first place being awarded to Milan. In particular the journey from Bergamo Airport to the center of Milan costs 105 euros. Second and third are London Stansted and Luton airports (104 euros and 99 euros respectively), while Milan’s other airport, Malpensa, ranks fourth with the fare being almost as high as 95 euros. Especially for Bergamo, Stansted and Luton airports, where mainly low-cost airlines (Ryanair, easyJet and Wizz Air) fly, passengers are often required to pay more for the taxi than for their plane ticket. The main reason is that the above airports are quite far from the city centers. Booking a taxi ride from London airports may help you save a little money.

It is interesting that although the fare between “El. Venizelos” and Syntagma is close to Europe’s average, the cost per kilometer is quite low compared to other countries. In particular, in Athens it is set at 1.12 euro/km unlike other cities like Zurich, Brussels and even Rome that charge 5.25, 3.00 and 1.60 euro respectively per kilometer.

The average cost for a ride from the airport to the city center is around 40 euro in Europe and the duration of the ride is 34 minutes on average. Compared to six months ago, the only city in which there has been a rise in price is Istanbul. It is worth mentioning, however, that the cost per kilometer is 0.64 euro with the total fare from the airport to the center of Istanbul rounding to 32 euro by an istanbul airport taxi, which is lower than the European average. Of course, it is noted in the AirMundo survey that only a few taxi drivers comply with the official charges in Istanbul.

Low fares can be found in Eastern European countries with the route, for example, from Bucharest Airport to the city center being at 10 euro, Warsaw at 9 euro and Smyrna at 11 euro.

More and more airports are choosing to set fixed fares for the trip between the airport and the city center, with the passengers stating that they prefer knowing in advance the cost of the journey. Fixed fares can be found today in 8 (Milan – Malpensa, – paris airport  – Charles de Gaulle, Paris – Orly, rome airport – Fiumicino, Athens, Nice, Madrid, St. Petersburg, – lisbon airport) out of the 50 airports in the survey above, tending, however, to get higher. 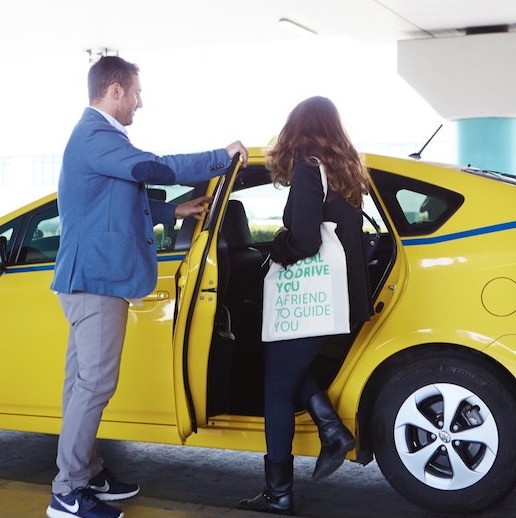